At the last meeting of the Consiglio Federale, the national governing body for dinghy and yacht racing, the evaluation commission set up to consider the bids of the candidate cities for the FIV (Italian Yachting Association) events in 2018 chose Genoa to host this year’s CICO (Campionati Italiani Classi Olimpiche or Italian Olympic Class Championships).
The CICO will be held in Genoa from 21 to 25 March; the Ligurian capital was selected on account of its organisational capacity, the facilities offered and the local sea and weather conditions, which are ideal for sailing.
The Championships will be staged by the FIV in partnership with the Yacht Club Italiano, the latter heading the group of Genoese boating clubs and associations. "We’re proud to make this commitment, on behalf of the Club as a whole, to rise to the challenge we’ve been given by the FIV," said Yacht Club Italiano President Nicolò Reggio. The venue for this magnificent sporting event will be the area in and around Genoa’s exhibition centre, including the harbour and the facilities used by the annual Boat Show; this is possible thanks to the ‘sporting’ alliance with the Italian Recreational Vessel Manufacturers’ Association UCINA - Confindustria Nautica.  Thus Genoa is set to host a major sporting event that will involve the whole city.  The Municipality of Genoa, the Ligurian Regional Administration, the Genoa Port Authority, FIV and UCINA – Confindustria Nautica are our partners in a venture aimed at promoting the city through the values of the sport of sailing, epitomised by the showpiece event that is the Italian Olympic Class Championships. 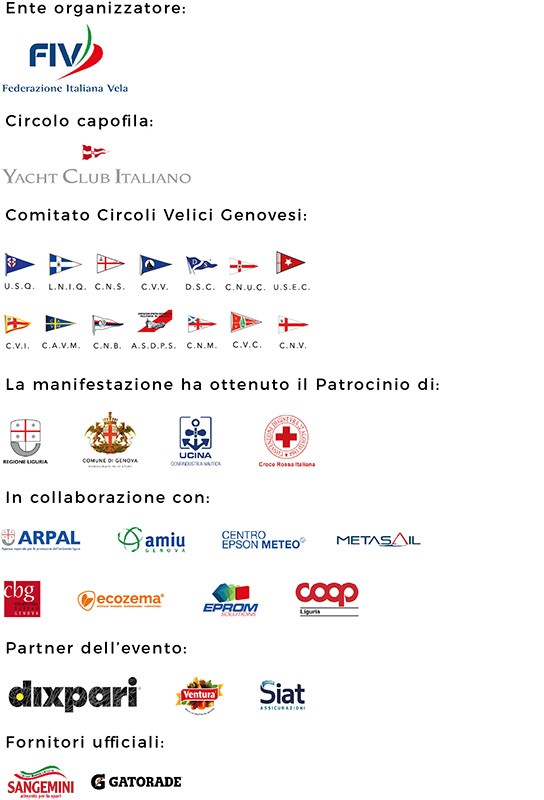